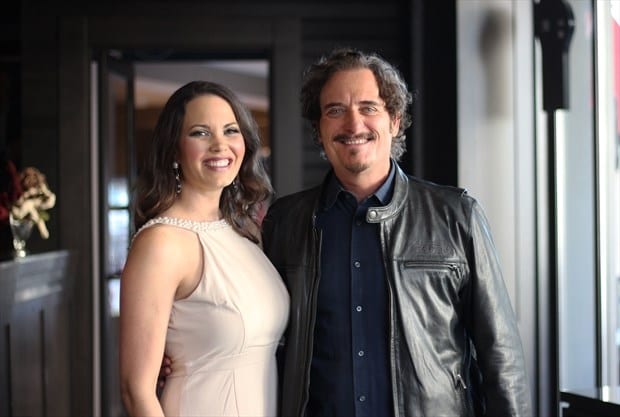 Posted at 15:03h in News by Community Crew

Tickets sold out for Community Crew’s second annual Night of Miracles fundraising gala, held at Ruth’s Chris Steak House in Niagara Falls.
Coates said it means the world to him to give back to charities that benefit children, teenagers and young adults.

Saskatoon born and raised, Coates said he grew up in a middle-lower class family where his parents worked hard to give him and his brothers everything they needed.
The way Community Crew is working to stop children in Niagara from going hungry, he said, is an incredible thing.

Coates is familiar with the Niagara region, having supported the Ride for Kids Sake fundraiser. He also appeared at the Niagara Falls Comic Con.

But this, his first collaboration with Community Crew, is his first opportunity to get to know the community, he said.

“This is the first kind of event that’s about the community and I’m just really tickled to be here.”

Director Sarah Pritula said Community Crew reached out to Coates because he’s an incredible philanthropist, and they were after more than just celebrity status. The group wanted to get someone involved who truly believes in giving back.

Funds raised at the gala will be used to help grow the Lunch Angels program, which has already increased from one to eight schools in St. Catharines, Welland and Niagara Falls.
The program currently feeds roughly 600 kids, but that number will quickly rise expansions are expected in Fort Erie, Port Colborne, Wainfleet and Thorold in September.

For more information or to donate to the program, go to communitycrew.ca.