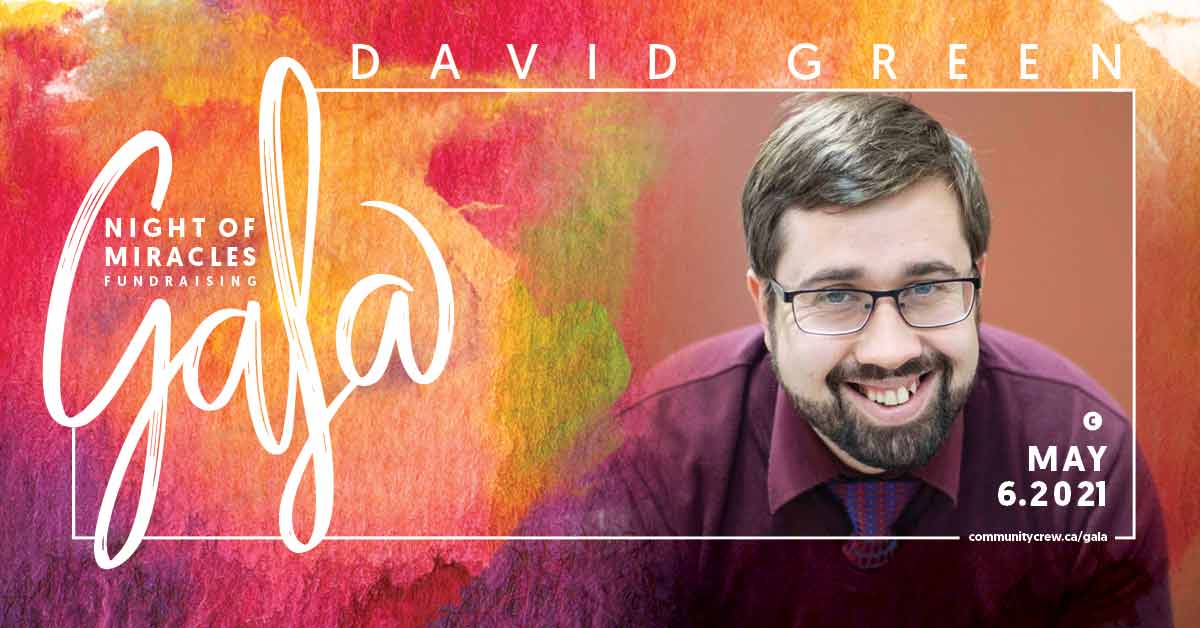 Posted at 11:21h in events, Gala Entertainment by kristin

We are thrilled to announce that David Green, local comedian and director of the Garden City Comedy Festival will be our Master of Ceremonies at our upcoming Annual Night of Miracles Fundraising Gala!

Since moving from Nottingham to Niagara Falls, British comedian David Green has established himself as a rising star in the Canadian entertainment industry. With numerous TV and festival appearances under his belt, the award winning performer is a sought after corporate entertainer and has worked for such companies as Bass Pro Shops,  Home Depot, Hertz, Pathstone Mental Health,  Niagara IceDogs and many more.

A multi-talented performer, David is the host of the award winning talk show “Live on Queen with David Green” as well as the “Hilarity in the Horseshoe” TV Show which airs on YourTV. He has written, starred and directed two short films and multiple music videos. As a writer he is the recipient of the Culture Capital of Canada Literary Arts Award. He was also the recipient of the Emerging Artist Award at the 2017 St. Catharines Arts Awards.

You can follow him on insta to stay up to date with shows and more! www.instagram.com/davidgreencomic

Looking forward to seeing you on the 6th David!
www.communitycrew.ca/gala

Interested to learn more about our Gala Sponsor Opportunities available?

Download our Sponsor Package to see how you and your organization can get involved!